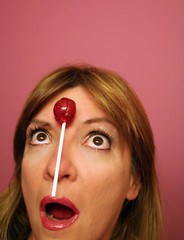 Like the good, responsible, post-millennium, Gen-X, yuppies my wife and I are, we try to do our part not to be too conspicuous in our consumption.  But, boy, sometimes it’s pretty damn difficult.

Take, for example, our cell phones.  They’re old and beat up but they work well enough, except the batteries are toast; gotta recharge ’em after pretty much every phone call now. *sigh*.  So I’m scrounging around the internet for new batteries (like I did last month for the DustBuster, and the month before that for our WaterPic, and the month before that for my cordless drill, and…and…and… *sigh*)

Anyhow, the replacement battery market is basically one giant fucking scam. Pardon my french. You more or less have two options: buy direct from Motorola, where batteries cost /per, or buy shady “OEM original” versions on Ebay, where they cost 99¢.

In the former case you’re guaranteed a good battery, but you’re also guaranteed to feel like a complete chump for paying a 500% markup.  The latter case is little better. Odds are good you’ll still feel like a chump when you discover you’ve wasted 99 perfectly good cents (+.99 shipping, what???) on a battery that’s completely dead anyhow.  Either that or the battery will cause your phone to explode into a fiery hell from which an unending stream of demons bent on extinguishing all mortal life will emerge.  At least, that’s what the Internet says might happen.

So since nobody wants to feel like a chump, we’re forced to look for alternatives. Which means either re-upping the contracts we have with our mobile providers – “hey, they’ll give you a phone for free!”† – or turning to EBay where, surprise, you can get a brand new phone + battery for about what a new battery would cost from the manufacturer.  Of course the obvious consequence there is that you’ll soon be pitching your perfectly good (albeit old and worn) phone in the trash nearby e-recycling center that’s oh so convenient to find/use.

(† requires 2-year commitment, at new rates, generally costing at least $200 more over the life of the contract.)

Of course if you have any sort of moral code, you’ll eventually realize what the environmental cost of throwing away your cell phone every two years is, and feel like an even bigger (say it with me now!)… chump.

One response to “Consumerism 2.0”