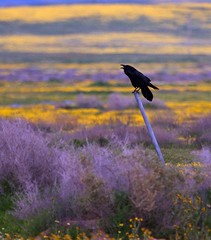 Past-her-prime celebrity dies after years of self-destructive behavior. Shocking.  Any chance we can skip the hollow eulogies about talent and brilliance, take as given the in-fighting over whatever estate is left, and move on to something more interesting?  Not hardly.

Apparently dealing with fame is harder than finding it.

And gotta give a post-humous shout out to Jack Lemmon, as related via Kevin Spacey:

He [Kevin Spacey] was playing a small role in a movie starring Jack Lemmon. In the neighboring studio Eddie Murphy was filming Harlem Nights (1989). His trailer was parked next to Lemmon’s trailer. While Eddie’s trailer was surrounded by people and the door was shut, Lemmon’s trailer door was open and he was sitting inside solving the daily news puzzle; Lemmon looked up and smiled at Kevin. That’s when Kevin decided that he did not want to become a great star but instead become a great actor.

More on Lemmon from Spacey