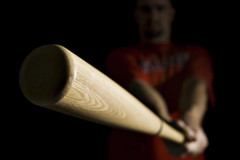 Five years ago I blogged about a phenomenon Andy and I had termed, “The Aristocracy Threshold“, and that I later learned was more commonly known as wealth condensation.  It is a formalization of the “the rich get richer” adage, and in terms of daily mind candy it’s pretty attractive.  It is the carrot that drives many of us to go to work each day and strive to better ourselves.  Or buy lottery tickets.

“If I can just make enough money to retire …”

What we spend less time thinking about is the opposite side of that coin, “the poor get poorer”.  There’s good reason for that – it’s not something any of us are striving for, there’s nothing attractive about it, and hopefully it’s not something we see on our personal life trajectory.  But it’s still an interesting economic phenomenon, one that if we hope to do some social good we really should understand.

In the Boston Globe article, “The sting of poverty“, we learn that mainstream economists generally blame poverty on poor decision making:

Compared with the middle class or the wealthy, the poor are disproportionately likely to drop out of school, to have children while in their teens, to abuse drugs, to commit crimes, to not save when extra money comes their way, to not work.

I expect this reflects our own personal views as well.  The simple act of giving money to that panhandler on the corner is always accompanied by a gnawing doubt – “Is this money really going to help this person?  Or are they just going to be stupid and waste it on booze and drugs?”

But in the Globe article we learn that Charles Karelis, a philosopher and former president of Colgate University, is arguing that the decision to buy drugs may not actually be a “bad” decision – that, in fact, it may be completely rational. He argues that the difference is in how the barrier between poverty and affluence is perceived.  To us it is conquerable – “Put on a nice suit, get a job, save some money, pay off your debts and, voila, it’s little-house-with-white-picket-fence time.”  But if you’re destitute that’s not how you see things.

Karelis argues that being poor is defined by having to deal with a multitude of problems: One doesn’t have enough money to pay rent or car insurance or credit card bills or day care or sometimes even food. Even if one works hard enough to pay off half of those costs, some fairly imposing ones still remain, which creates a large disincentive to bestir oneself to work at all.

For example, imagine you have $100 but owe $4K to the bank, the utility company, your landlord, and the hospital. Does it really make sense to give that $100 to any of them? You’ll still owe about the same.  In fact, next month, you’ll probably owe more anyway.  So does it really do you any good? But you have $100 today, so what would make a difference?  What might make you feel better about things?

A person with one bee sting is highly motivated to get it treated. But a person with multiple bee stings does not have much incentive to get one sting treated, because the others will still throb.

That panhandler guy?  Not sounding so stupid now, is he.

Much of this is intuitive, and reviews of Karelis’ book, “The Persistence of Poverty“, criticize it for not providing more concrete data to support his assertions.  So the jury is still out on the significance of Karelis’ work.  However as an engineer the symmetry in the economic spectrum to be pretty interesting. The poverty threshold provides the stick to the Aristocracy Threshold’s carrot, as it were.

Update: If you happen to spot this critical review on Amazon, please be sure to read Charles’ response.

4 responses to “The Poverty Threshold”