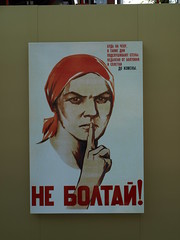 If this is a democracy, and I still believe that it nominally is, then if the government kills people, then I’m killing people and I object to the damage that does to my soul. I think it diminishes us as a people, and as a nation and I’m opposed to it on those grounds.

While getting up to speed on the news around WikiLeaks and their recent release of 1000’s of secret documents, I came across Time Magazine’s Top 10 Leaks page, in which WikiLeaks appears not once, but three times. They appear there right alongside such notable incidents as the Valerie Plame affair and Watergate.  And at #4  was the video footage of an Apache Helicopter shooting of Iraqi civilians and Reuters reporters, which I hadn’t seen before. The full-length video, along with an eye-witness account from one of the ground troops who arrived on scene afterwards can be found here – be warned that it is very disturbing.

Meanwhile, on Monday George W. Bush visited Facebook to promote his new book. I didn’t attend in person – I didn’t trust myself enough to not get in trouble with some inappropriate outburst – but I did watch the event on video, and talked to my coworkers who attended.  Most were thoroughly enamored with how personable and charming Bush was, which I guess I understand.  But for me, listening to him recount all the events that occurred while he was president, I simply couldn’t help but be reminded of things like the trumped up WMD claims that led to the Iraq war, the Valerie Plame scandal, the firing of US attorney generals, the “lost” emails, Guantanamo, and the whole waterboarding thing. I found myself getting angry all over again.

It was in the middle of this that Bush commented on how WikiLeaks releases violate national security and the people involved should be prosecuted, a sentiment shared by many of the conservative elements in our society.

It was shocking to me how confident he was in this statement.  He seemed completely oblivious to the role his administration, one of the most secretive and scandal ridden on record, had in this.  It is the secrecy of Cheney, Rumsfeld, and the rest of the Bush cabal that has led so many to question what is actually going on behind all these closed doors.  They are the ones who created the demand that WikiLeaks satisfies.

I get that national security requires some measure of secrecy – I’m that much of a realist.  But in principle, we are members of a democratic nation and as such we are each in some small way responsible for the actions of our government. It would be nice to trust our government to provide us with a reasonable level of disclosure, regardless of what the backlash might be, but that hasn’t been happening.

As a result, we’ve been denied the opportunity to form opinions about these things, to express our support or outrage, and to participate in a public dialog about how to address the mistakes that may or may not have been made.